I have two books for sale and I’m working on several others. I did not attend school to become an author. Here is a brief account of how it transpired.

In March of 2011, I scribbled ten special words on a small scrap of paper and tucked the piece of paper into a drawer for safekeeping. I wanted to ensure that I would remember these words forever. Later in the year, June 9 to be precise, I began to write some brief notes regarding my extreme addiction to tobacco cigarettes on two more scraps of paper. I wrote an entire paragraph four days later. Perhaps it was this paragraph that truly began my interest in writing.

I have been smoking mostly outside for a while now. Sometime during the day today, I removed all but three ashtrays from my home. I washed eight ashtrays outside under a water hose and left them in the shed for my next yard sale!

I lit a cigarette at 10:55 on the morning of Friday June 24, 2011 and approximately five hours later, I decided to write a book about my journey to be nicotine-free. Other than the fact I was not an author, the only other trouble I could foresee at the time was that I was not nicotine-free. Fortunately, that special day of my life came sooner than Independence Day. 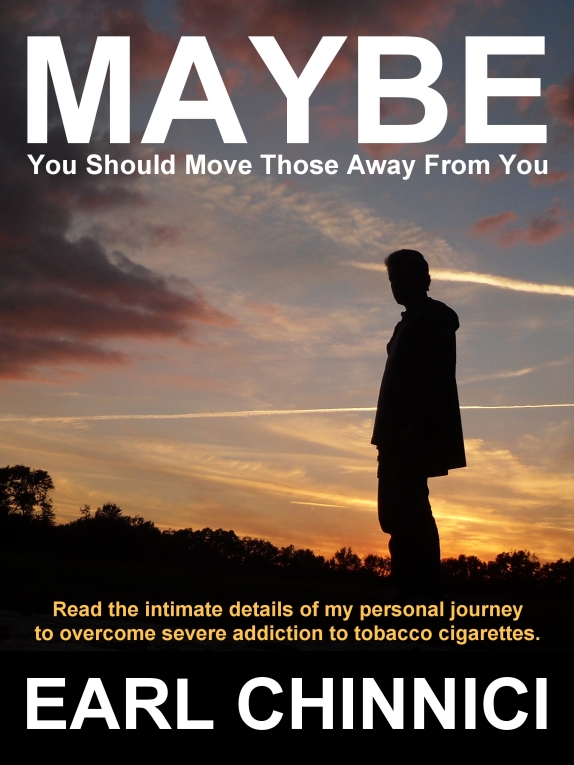